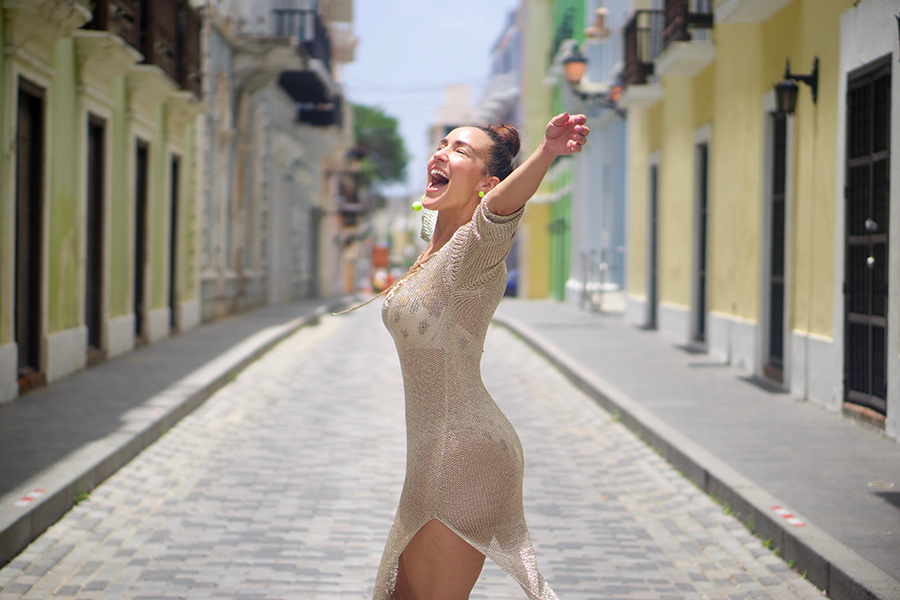 So, you might start reading this article and think “Why on earth would she go to the devastated island of Puerto Rico?” Well, I hope this article will enlighten you on their current status and urge you to visit. Because…they want you to know their spirit is still high and they are okay.

When I got the call in May to shoot BTS (behind the scenes) footage for a close friend of mine, Kim Viera and Daddy Yankee music video, I didn’t think twice about jumping at the opportunity. I mean, who would?! But what I did think twice about what was the island going to look like when I arrived.

That Tuesday morning I was on the plane before the sun rose. I forgot that the flight was a short one, so there wasn’t much time to nap. As we got nearer, I eagerly glanced out the window as soon as I could see land in order to get a birds eye view of the devastation. I honestly couldn’t see much, after all I wasn’t totally sure what I should’ve been looking for. All I remember seeing was the bright blue and turquoise waters and the vibrance of the greens palms.

I gathered my luggage from the belt and stood in line for a taxi. Not sure if you’d call it a line, as it was only two people deep. Anyway, my taxi cab arrived, the driver opened the trunk, threw my bag in and then hastily opened the back door for me to climb in. I blurted out, “¿Permiso, puedo sentarme al frente con usted?” Just kidding. I didn’t say that. But what I did say was, “Permiso, can I sit up front with you?”

My Spanish speaking skills were a bit rusty but was hoping he understood what I was asking. I needed to see everything and didn’t think I’d be able to see much in the back of an 8 passenger van with dark, almost black, tinted windows. We buckled up, grabbed my camera and proceeded to roll down the window as fast as I could so I wouldn’t miss anything.

I had never been to PR before, and as you know from past articles, I LOVE traveling and exploring new places. The drive from the airport to the four point five star La Concha resort was about twenty minutes. I didn’t see any severe devastation from the passenger seat. Everything looked as if I would imagine Puerto Rico to look like. Cars hustling and bustling to and from, locals outside smiling with positive vibes, stores open for business. All seemed well and fine.

The hotel, and most of my route through San Juan, had zero trace of hurricane Maria. I walked into the hotel and at the same time, right into work mode. We began with Kim’s fitting. The view from the stylist’s room was breathtaking. Pristine pools, an unblemished beach front and miles of beautiful ocean. One minute we were working, the next minute electricity went out.

That’s when it all hit us. We looked at each other and were reminded that we were, in fact, in Puerto Rico. At that very moment, we recalled that most of the island didn’t have electricity for six months and were still dealing with outages on a daily basis. A minute or two later, electricity resumed and we went back to business as usual.

I gathered that this was an occurrence that went unfazed. It was everyday occurrence for them. Another evening, standing in the middle of a local restaurant waiting for our take out…boom. Electricity goes out. We freeze because the typical thought is, “well, how can a business run without power?” Everyone else kept on keeping on. The waiters continued to serve their tables and the chefs continued cooking. Electricity flickered back on, what seemed to be an astronomical five minutes later.

Day two, we loaded up the charter to head to set at 7am. We were heading away from the city, which meant we were heading into the country. The trip wasn’t long but long enough for us to see some of the real aftermath of Maria. With the tropical ocean in the distance, we drove by houses that had no roofs, some that looked like Maria took everything except the skeleton, and then some that were being built (or re-built) or worked on. And these very same houses sat next to booming restaurants and restaurants that were still trying to get on their feet.

But there was one thing that was clear from the moment I touched down to the moment I left. The spirit was still very much alive. Amongst the resilience of people and their lives, homes and businesses to the astonishing shambles of others, there is still so much life. I would’ve never known that people were going without water or dealing with electricity outages on a daily basis (still). The common thread was celebratory, and to me, that’s what Puerto Rico is all about. The resilience, the rising up, the jubilant spirit no matter what the harsh realities are.

Please know that Puerto Rico is not a 3rd world country. They are alive and well. They aren’t totally there yet, but they are on the incline. The best thing we can do to support is to continue to visit.  The worst thing we can do is, to not.

All photographs taken by Merideth Morgan 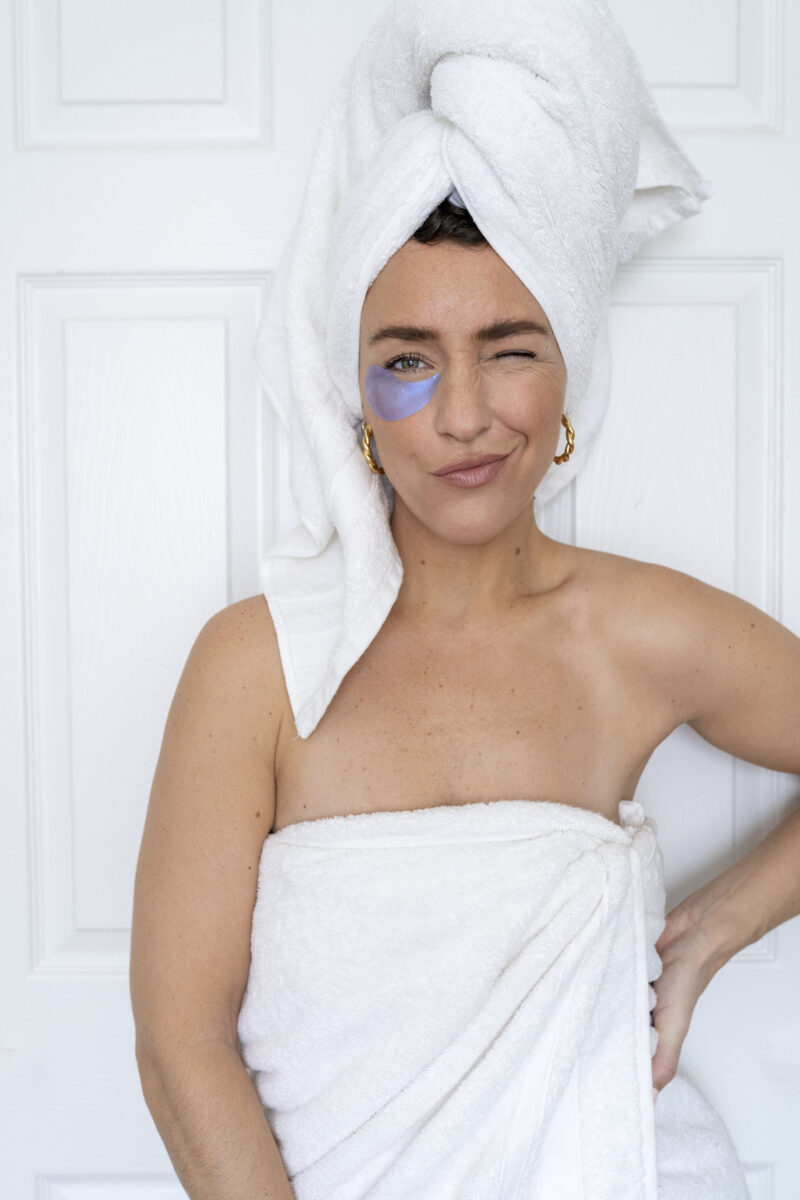 Hi! I'm Merideth, a size 8/10 midsize and curvy self love advocate who helps inspire women to love the skin they're in, one outfit at a time!

There is a HUGE void of midsize women in mainstream media and while growing up, I never saw my body represented. Imagine a world in which little girls grew up seeing their bodies in magazines and on TV/social media! To fill this void, I created this community and as I try to pave the way for us, I will try to inspire as many women as possible to gloriously love and take care of their bodies wholeheartedly, no matter what shape or size they are.

I want to have a major impact on this industry but at the very least, I can create awareness around it. All bodies deserve to live freely and confidently!