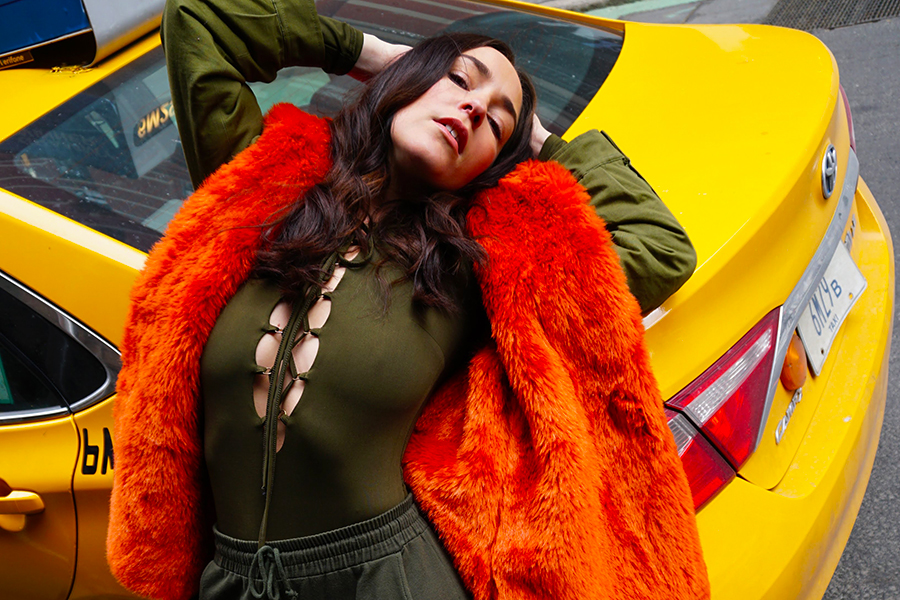 Are you single and hating it? Or are you the type that gets tired of hearing people complain about how being single sucks? I touched on my feelings about this “epidemic,” for a lack of better words, that’s plaguing people all over the world in an article I wrote on Valentine’s Day. I must ask, why is being single such a bad thing? Why does it have such a negative stigma associated with it? How come are relationships valued so much higher? Why are we afraid of being alone?

I’ll never forget the time when I was moving into my apartment and the cable guy came to set up my box for on demand movies and other things – part of my internet and you can see the TV package. I was currently hooking up my tv, DVD player, record player, receiver and surround sound. Sounds like a complicated mess. He turned to me out of pure astonishment and said “you know how to do all that?” I was offended off the bat; as if he was questioning my intelligence and independence about installing my Dolby Atmos soundbar and the other electronics that came with it! I simply replied, “Who else is going to do it?”. A literal question.

I love watching entertainment and I, of course, want to make use of my shentel bundle packages, so it had to be me who installed it! I took a step back to let him do his thing and realized there had been no other way for me to do it but to do it on my own. Maybe I can get myself a bundled service that can be transmitted via satellite just as the Internet works. That way my phone wouldn’t need wires, and I could live far from where phone poles could reach and still have clear calls and access to the internet and cable TV ( look for https://att-bundles.com/internet/) as well. In turn, this can allow me to take my cable internet service with me wherever I go and set it there myself.

I had always been self-sufficient and never relied on anyone to do anything for me. Did the cable guy expect my non-existent boyfriend or husband to come waltzing in to handle the job for me? I didn’t understand how this would come as a shock to someone…that there was no man to do the trying task. In all the cable box’s he’s installed, I was most likely the minority of what he’s used to seeing. I was single, independent and knew how to handle ****.

I’m NO relationship guru by any means and these are just my personal thoughts from my personal experience. But I’ll start off by saying this; I highly suggest spending part of your life, a significant part of your life, alone (and I mean truly alone). AND I’m not just talking to women…I’m talking to the men, too! Not just to learn how to hook up complicated wires behind a tv on your own successfully, but for so many other reasons.

The most important relationship anyone can have is with oneself (and God). And I believe that only a person who who is truly happy and healthy on their own is capable of being in a happy and healthy relationship. Think about how often you hear friends arguing, fighting and just unhappy with their partners. But they stay because they don’t want to be alone. I believe this to be because they merely aren’t happy and healthy on their own, separate from their partner. I would wager a guess that they haven’t had time alone to love themselves.

Some people choose to own their constant need to be in a relationship but there are far fewer who can own their time alone. We’re not taught that being alone is a good thing and they sure as hell don’t tell you how rewarding it is for YOURSELF. I’m here to break the stigma, as I’m a living testament.

When you’re single do you feel alone and question your value? So why are we not taught having self love first is far more important? We are taught that companionship and having love are everything. Why is this? Sure, we’re humans, we desire to love and to be loved. It’s a natural instinct and it’s certainly something that I want to feel.

Then there are the people who feel defined by their relationship status…or even worse, feel defined by their partner. As if they’re one entity. Don’t get me wrong, I absolutely want a partner that I feel as if we are one, on the same team, a powerhouse. But I’ll be damned if I’m not my own entity first. I think it’s so so so so so important to get rooted and stand on your own feet with as clear a mind as you can possibly have, as you, wholeheartedly yourself, alone before welcoming a partner into your life. I encourage taking a break and recover after one relationship ends before getting into the next one.

I’ve spent that last couple of years self reflecting and learning how I need to be loved. I’ve focused on myself and learned a lot about myself in the process. I embraced the discomfort and am so glad that I did. It’s made me braver, stronger and wiser. I’ve also fallen in deeper love with myself than I have ever been before. I’ve never felt alone or lonely…I believe it’s only as lonely as one makes it.

I’ve settled in just about every relationship I’ve been in, except my last. I spent time alone before it began and after it ended and it helped a lot mentally, spiritually, physically, emotionally etc. I’ve grown, I’ve matured, I’ve learned, I reflected and I’ve become even better for it. By spending time alone, you can really figure out what you truly want in a partner and what you want out of yourself.

I often cringe when I hear I hear that someone has moved on so quickly. It’s not out of judgement but rather out of wanting more for that person. Wanting the best for that person. Wanting them to feel whole on their own without the need of someone else. I wish more people could be without someone, without the validation of being wanted or needed from another person, and feel complete. How powerful is that?! When someone walks into your life you’ll be the best version of you there is. How rewarding is that?

Rest, recovery, reflection is necessary for a successful and happy relationship.

15 reasons being single ain’t so bad!

*You are becoming the best version of yourself

*You’re digging deep and learning lots about yourself

*You are brave and becoming independent

*No one completes you but you (Remind yourself…nobody built like you, you designed yourself!) *Sorry, had to drop a Jay-Z line

*Being alone is good for your soul (and your future partner)

*There’s ample time for self love. If you don’t know what is, you will.

*You’re straightening out your priorities